What were they thinking?! 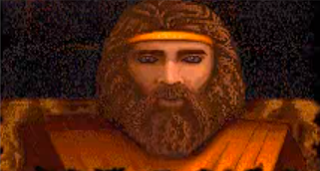 While I love the game Ultima Underworld: The Stygian Abyss, I always have to sit through the lengthy cinematic at the beginning and chuckle at the horrible voice acting.  It’s unfortunate too, because in all other respects it’s an exciting and visually stunning intro that I’m sure amazed a few people back in the day on their x486 PCs.

Once the sprites start opening their mouths though, whoo boy.  It sounds like the programmers just recorded a rather dull high school play and just animated to that.

Here’s our gameplay video, judge for yourself whether the actors should be thrown into the Stygian Abyss:

Play Ultima IV online, complete with saves, with this link. It is a slightly updated, but completely faithful version of one of the best Ultima experiences ever. Ultima IV was the first of the vaunted “Avatar” trilogy of Ultima games, and its feeling of epic accomplishment was a gaming revelation.

You can read more about it, Origin, the Ultima series, and Lord British, in this article on TDE.