Can a computer make you cry?

Welcome to the new Dot Eaters. To commemorate our 15th year in existence, we have totally revamped the site from top to bottom, in order to provide a better experience while examining our antiquities. The retro systems, games and companies we cover now all fall under the “Bitstory” section, with each article given its own page. Navigation throughout the site is streamlined and optimized to make getting to content easier. And, of course, there’s the new visual presentation you see all around you.

To celebrate, we are having a launch party, complete with classic game consoles set up that people can play. You can check out the details on our Facebook event page. I hope you enjoy the new look and feel of the Dot Eaters, and please share your opinions with us.

Having long since moved on from just being a simple online bookseller, Amazon has gradually expanded to become the Wal-Mart of online businesses, shilling everything under the sun.  The company has recently made a move to become a one-stop shop for retro game collectors with their new Retro Gaming store.   From Atari to Zelda, mint boxed systems to boxes of motherboards, they seem to have it all.

If you want to skip the hassles of online auctions and relive your video game memories with quick, impulsive one-click purchases, check out the store here.

Coming across the pond from London, England is Game On 2.0,  an interactive exhibition featuring the history of video games. Starting tomorrow, it will run at the Ontario Science Centre here in Toronto until Sept. 2.

The exhibit contains over 150 playable games from across 60 years of amusement gaming history.  Along with featuring a section of early video game standard-bearers such as PONG and Space Invaders, Game On also studies important game and system entries by genre, as well as taking a look at the creative process and  marketing side of gaming.  A look into the possible future of video games rounds out the exhibit.

This will be the first appearance of this exhibit in Canada, and looks to be a can’t-miss proposition for aficionados of video game history, as well as for gamers in general.  Look for a more detailed review of  the show from TDE in the coming days.

Hey, you got Star Wars in my Pac-Man!

Hey, you got Pac-Man in my Star Wars!

Hey, I have a cool iPad back cover!

You can pick them up at Redbubble.  May the force be absorbed by your iPad cover.

The Gashlycrumb Tinies is an infamous 1963 book written and illustrated by Edward Gorey.  In it 26 children, each one with a name that starts with the next letter of the alphabet, die from various causes, all put to rhyme.

Over at brentalfloss, they have adapted Gorey’s work as the Game Over Tinies, where various video game characters meet their demise in similar fashion.  It is a masterfully done tribute to both the original work and the dangerous lives of video game characters.  Here’s a sample:

It it’s Monday, it must be another video game retromeme: 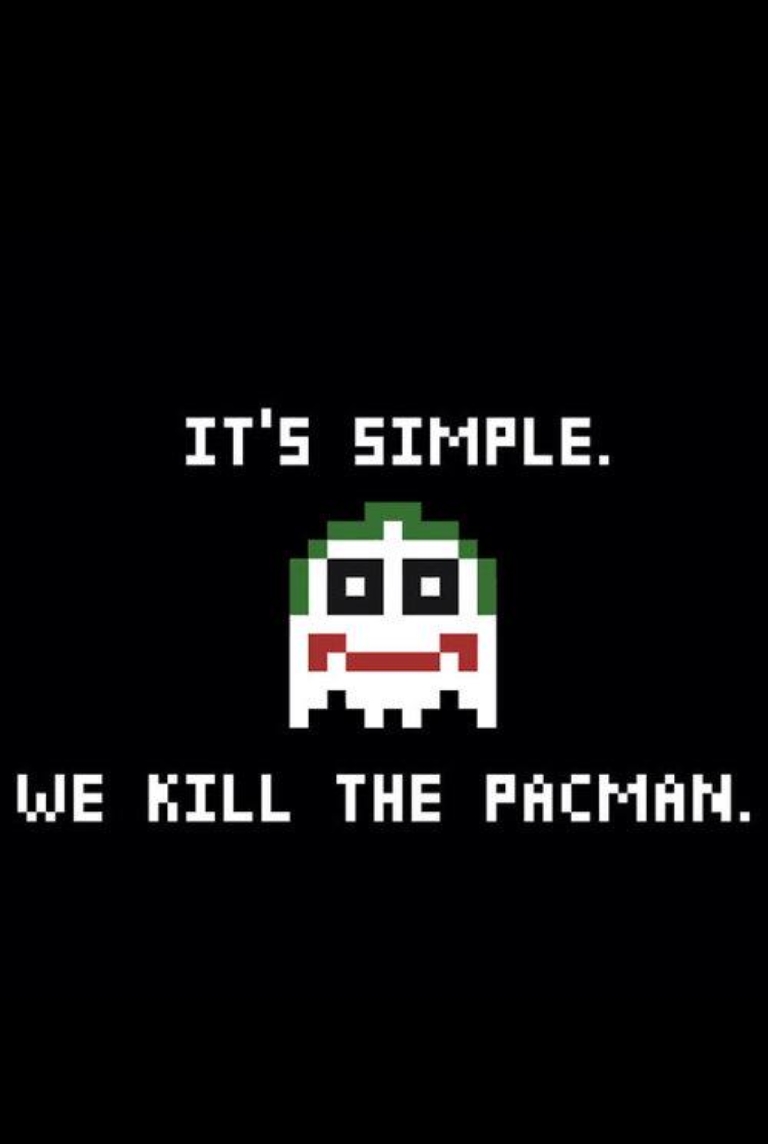 Vanguard was an arcade game developed by “shadow” developer TOSE, and released in Japan by SNK in late 1981 and licensed for North America by Centuri.  It was an important intermediate step towards modern side-scrolling shoot-em-ups such as Gradius and R-Type, improving on a genre first formed by William’s seminal Defender.

Today in the Ad Game we feature a TV commercial for the Atari 2600 port of Vanguard:

Vanguard was definitely a great arcade game, and the 2600 version a spectacular port that demonstrates the amazing things Atari programmers were able to pull off with the platform as it matured.  This ad, however, doesn’t do any of that justice. For instance, who trades off the joystick to their buddies in the middle of a game?  Hard to keep your concentration and momentum going with some jerk begging for the joystick.  Just wait until he crashes, it won’t be long.  Try shouting “The wall, the wall!” into his ear, that oughta speed up his destruction. One of the big innovations touted in Vanguard was the ability to shoot in four directions, but in the ad the shooting looks pretty spastic.  The key to any successful shooter is the precision of your shots, and here it looks like the gunner is having a seizure. Then, of course, we have the hulking Luthor, who’s sole responsibility is to defeat the Gond, the boss at the end of the round.  A man of few words, it is rumoured that Luthor once, when a kid refused to give up the joystick to him, stuffed the poor bastard’s hand completely into the cartridge slot.  We can only know his moods by his demented chuckling. Perhaps Luthor is related to Beavis?