Jack Tramiel, Atari CEO, on the 520ST
Skip to content

Let’s Have a Gun Fight… Draw (those pixels)!

By 1975, companies other than Atari are starting to take arcade video game technology further than simple solid-state PONG clones.  This includes Chicago, Ill. based Midway Mfg. Corp., a division of Bally Manufacturing, a major player in pinball and slot machines. Midway introduces Gun Fight in late 1975 at the MOA operator’s exposition in Chicago. Causing quite a stir on the show floor, it is the first game to use a microprocessor. With an Intel 8080 CPU installed, more varied objects and gameplay can be incorporated.  In Gun Fight, two players each use a joystick to move the two bow-legged gunfighters around, and a pistol grip and aim and shoot their weapons, in a face-off across a road with increasing numbers of cacti and a moving covered wagon. The CPU also makes a difference in one player mode, letting the computer-controlled player move around without exhibiting a predictable pattern, providing a greater challenge. Gun Fight also makes history by being the first video game licensed from Japan by an American manufacturer. 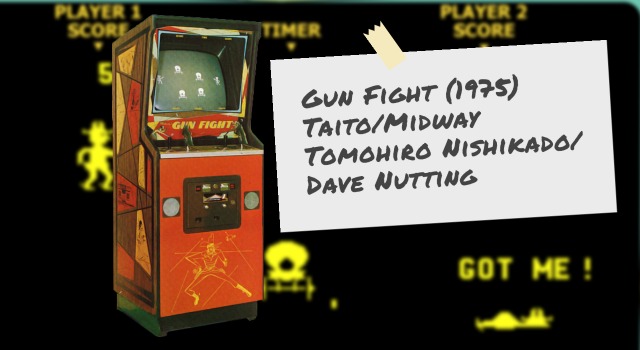 Gun Fight in the OK Arcade 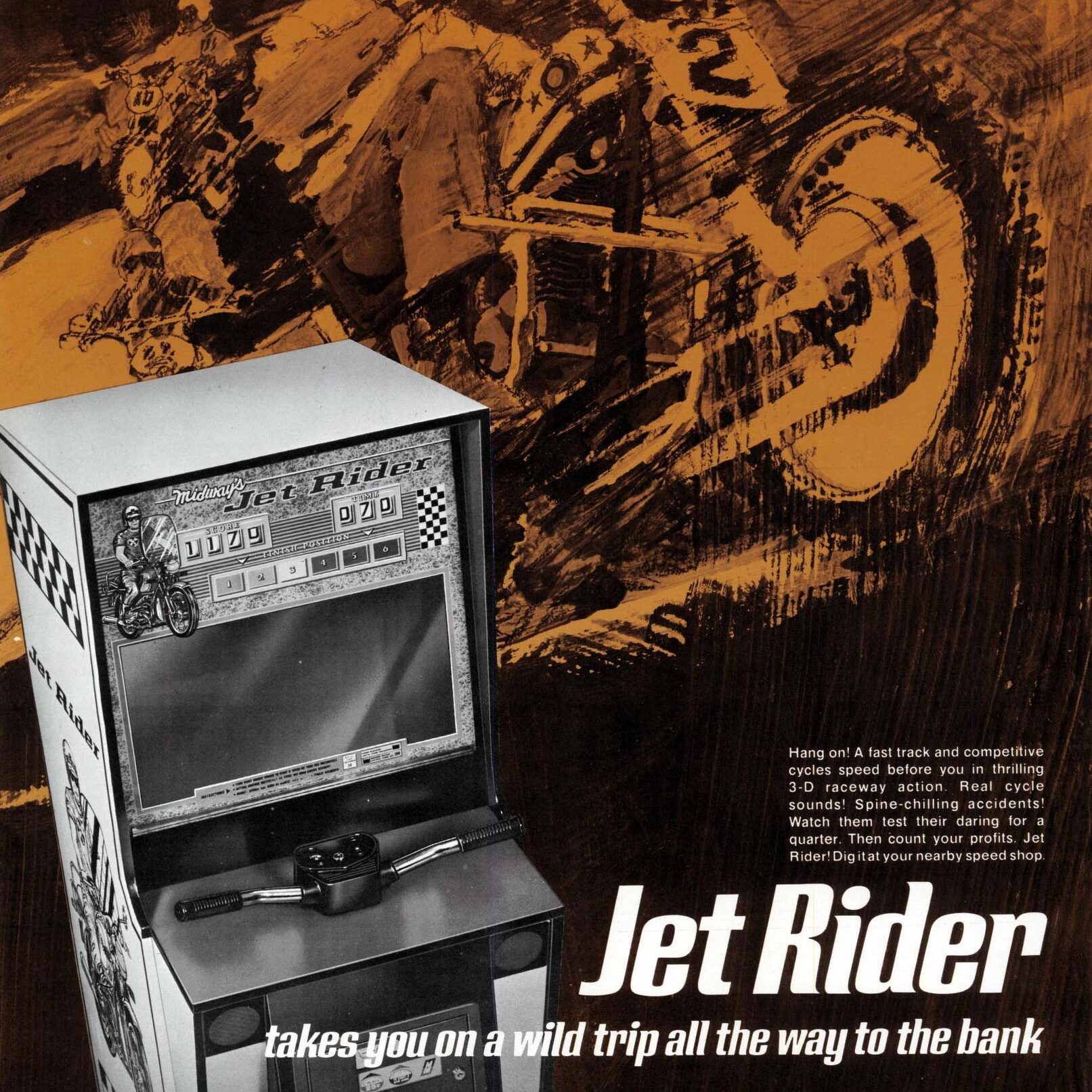 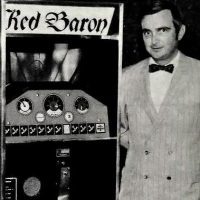 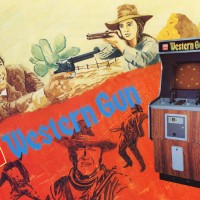 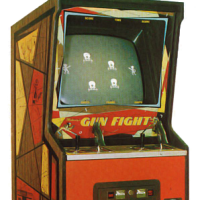 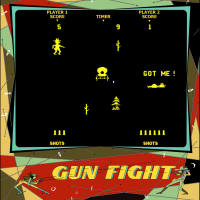 Gun Fight gameplay. Why somebody would continually ride their wagon through a gun fight, I do not know.

The game is originally made by Japanese game company Taito under the title Western Gun. It is designed by engineer Tomohiro Nishikado, who would go on to create ripples in the video game market a few years later with a little number called Space Invaders. While graphically sparse, one arresting thing about Western Gun is its detailed character design for the two gun fighters. As with every game preceding it, it uses TTL logic boards as opposed to any kind of processor to run things. Midway buys the rights to the game for North America, and contracts Dave Nutting and his game consulting firm Dave Nutting Associates to make the domestic version. Nutting and fellow designer Tom McHugh decide to forgo the flaky, hard-wired circuitry of Western Gun and redesign the game using Intel’s recently released 8080-A microprocessor. Hence, patrons in bars, restaurants and other venues in North America begin blowing holes in cacti, covered wagons and each other in Midway’s re-tooling of Western Gun, titled Gun Fight.  The dynamic duo of Nutting and McHugh solidify themselves in videogame history by also doing the groundbreaking Sea Wolf for Midway in 1976, and the two team up again for Wizard of Wor in 1981. 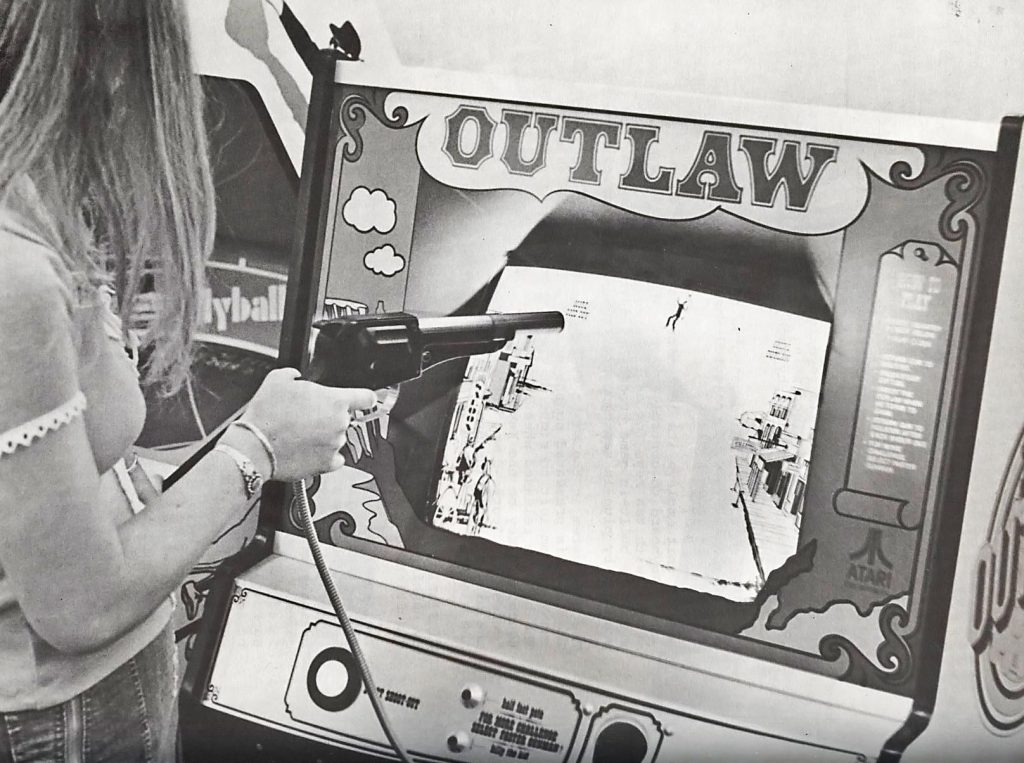 Atari’s own gunfighting game, the arcade game Outlaw in use, 1977

A sequel of sorts for Gun Fight, called Boot Hill, is made by Midway in 1977. Gameplay is decidedly similar to the original, with some graphical and audio details added along with a colourful diorama background. Boot Hill also features a kind of built-in smart mode for noob humans or for the CPU desperado who finds itself under the gun of a proficient player; those with the lower score will have more scenery appear on their side of the street, to provide them more cover. As might be expected, the concept moseys on over onto Bally’s own video game console the Bally Professional Arcade as Gunfight in 1978. Atari has two versions of the concept, both titled Outlaw; an arcade version released in April of 1976 where players draw a light-gun pistol and shoot the onscreen villains, and a VCS/2600 home port more similar to the original, made in 1979 by renowned designer David Crane. In October of 2012, the Apple iTunes store sees Atari’s arcade Outlaw step into its dusty, wild-west streets with the iPhone/iPad app Outlaw, distributed by Atari and developed by Flying Wisdom Studios. 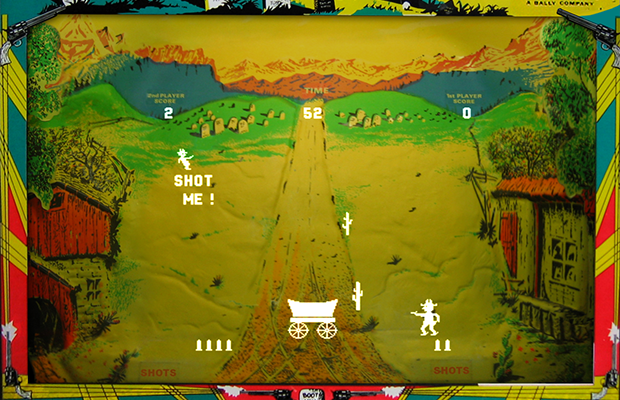 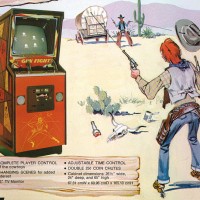 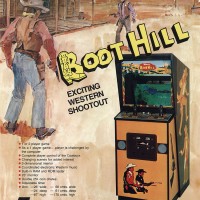 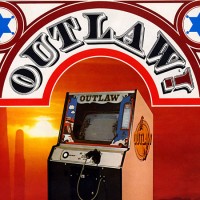 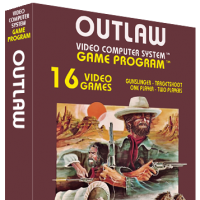 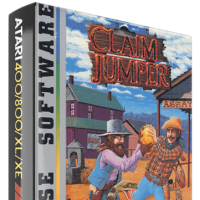 Claim Jumper, a riff on Gun Fight for the Atari 8-bit computers, by Synapse Software 1982 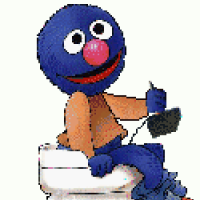 For no reason at all, an image of Grover taking a dump