The coin-op version of Dragon’s Lair is the perfect example of how technology will not improve games.

The first fully programmable video game system is the 8-bit Fairchild Channel F, made by the Exetron Consumer Products division of Fairchild Camera and Instrument. The system is introduced as a prototype at the Chicago CES on June 14, 1976, and receives a rousing reception from show attendees. It is released in limited shipments in August of that year, retailing for around $170. It is originally known as the Video Entertainment System (VES). 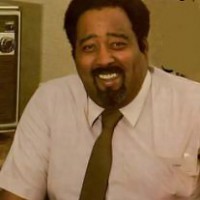 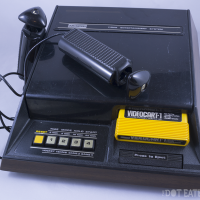 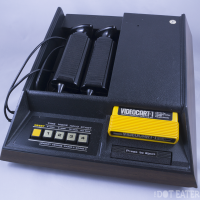 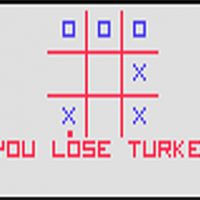 Who you calling a turkey? 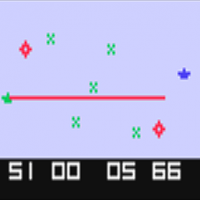 Yet another Space War 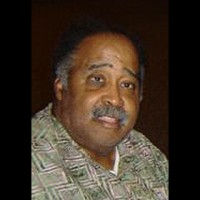 The lead designer is chief engineer Jerry Lawson, a self-taught electronics whiz originally from Queens, NYC. Aside from his mark left on video games, Lawson also has the distinction of having refused Steve Wozniak for an engineering position when the later co-founder of Apple sought employment at Fairchild . Lawson’s first experience with video games is creating a coin-op machine called Demolition Derby in his garage on the side while working for Fairchild in 1972 – 1973. His design utilizes the first small-set microchip, the F8, invented at Fairchild by Robert Noyce. When his bosses catch wind of his game project he is issued a challenge to merge the F8 with a home video game system. 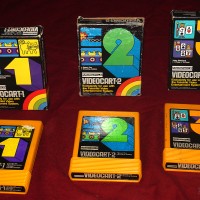 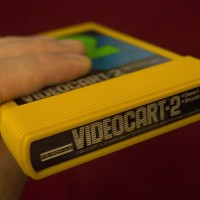 Ridged grip, for those stubborn carts 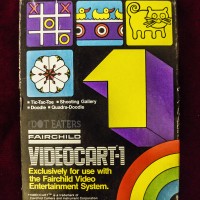 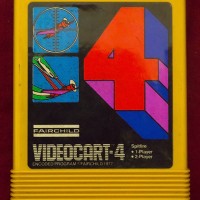 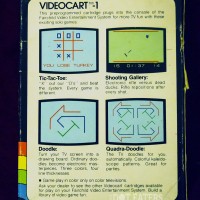 The back of the box tells you what’s what 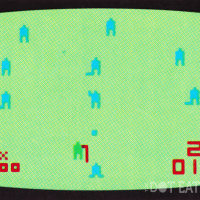 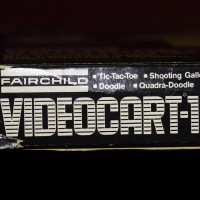 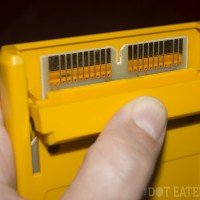 PCB edge exposed! They worked hard at making this durable

A Library of Fun

The “programmable” part of Lawson’s design means that the user is not limited by hard-wired built-in games, but can actually choose from a library of ROM cartridges that can be inserted into the machine to load or “program” another game. The technology to use ROM chips to hold game information in cartridges is first developed in 1974 by a company out of Connecticut called Alpex Computer Corporation, who licence the tech to Fairchild. As a holder of some key patents pertaining to cartridges and video game bitmapping display techniques, Alpex later reaps rewards from agreements with pretty much every subsequent company making video game cartridges, from Atari to Mattel to Activision to Imagic, but eventually goes out of business in 1983. The cartridges made for the Channel F are large, yellow boxes called Videocarts, the first of which available for the Channel F is Videocart-1, holding four games: Tic-Tac-Toe, Shooting Gallery, Doodle, and Quadra-Doodle. The PONG-like Hockey and Tennis are also available as games built into the console. Each Videocart sells for $19.95.

The system comes with an unusual pair of controllers, hardwired right into the system.  Holding one like a stick, players twiddle a control knob on the top that not only features compass direction movement, but can also be pushed down for use as a fire button, as well as twisted left and right AND be pulled up. Near the front of the console is a control panel featuring an array of buttons.  With these you can choose which of the built-in games to play, and set the time the game will last.  Also  offered is a “Hold” button to pause the on-screen action. 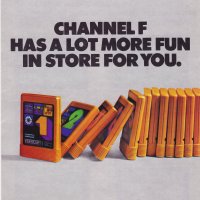 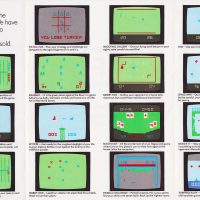 For the first time, a whole library of games 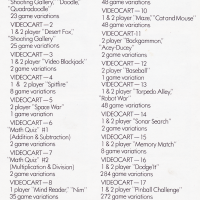 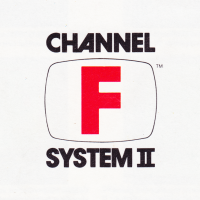 Ad for the Channel F 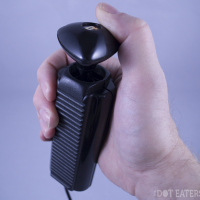 It’s hard getting a grip on the controller 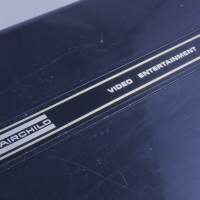 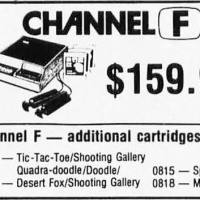 While the pioneering use of cartridges makes the Channel F cutting-edge in 1976, it is quickly eclipsed by the wildly popular Atari VCS console, released the next year. About 400,000 units are sold over three years. As the 70’s come to a close, the fad in LED and LCD digital watches fades, and since Fairchild sells an extensive line of these watches, their consumer division takes a major hit. It is at this point that programmer Rick Maurer takes his leave of the company, having developed Pro Football, Hangman and Pinball Challenge for the Channel F. He would take his game design experience to Atari, where he would make a few waves designing a little cartridge over there for the VCS called Space Invaders.

In 1979 Fairchild sells this department to oil field services company Shumberger, who promptly sell the Channel F division to Zircon International of Campbell, CA., themselves makers of digital watches.  Utilizing revisions to the console’s design put in place just prior to the Channel F‘s shelving by Fairchild, such as detachable joysticks and other cosmetic changes, Zircon renames the system the Channel F System II and releases it in 1980 at a price tag of $99.95. In a nice gesture to owners of the original console, the price is only $69.95 if trading up from the first Channel F. The System II also sees release in the UK as the Grandstand, by a company called Adman. Zircon produces five more cartridges before the system drops off the market permanently in 1983, brining the total library for the Channel F to 25.  This count doesn’t quite live up to the potentially unlimited catalog of games that programmable technology had promised.

In 1983, Zircon markets the distinctive controllers separately from the console, as the Video Command joystick, useable with the Atari VCS, Commodore VIC-20 computer and other compatibles.  Several variants featuring modifications to the design such as red rapid fire buttons and a round chrome ball at the top are also released.

Channel F designer Gerald A. Lawson passes away on April 9, 2011, due to complications from diabetes, at the age of 70. The rest of the video game industry continues to build on the concepts he pioneered at Fairchild. 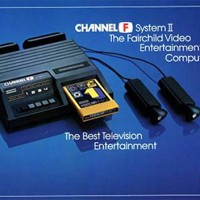 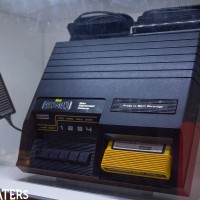 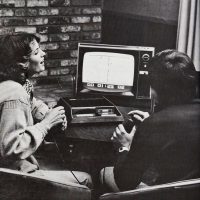 Having a bit too much fun: Channel F promotional photo, undated 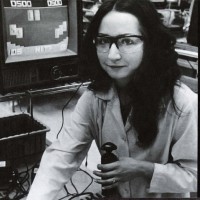 A technician checks the equipment 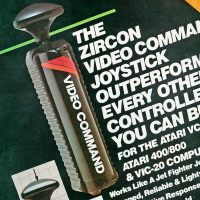 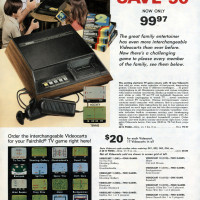 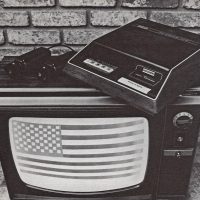 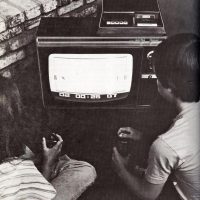