The introduction of personal computers is going to have as profound an effect on the world as the printing press.

RCA, having passed on Ralph Baer’s original video game system, watches from the sidelines as Magnavox picks up the license, releases the Odyssey, and opens up a whole new toy category. Their response, announced almost simultaneously with the Fairchild’s Channel F in 1976 is the Studio II, a programmable system with black and white graphics which aren’t much of a step up from PONG. It only starts appearing in stores widely in early 1977.

Design of the Studio II is handled by the RCA Distributor and Special Products Division in Deptford, New Jersey. The console follows in the footsteps of previous dedicated PONG machines by being entirely one unit, but with unusual built-in keypad controls as opposed to joysticks or dials. This keypad configuration, however, matches the Studio II up with the later Intellivision from Mattel as the only two early home videogame systems with 16 possible controller directions. Pressing adjacent buttons together will yield the other 8 compass directions. Purchasers get five programs hardwired right into the system: Bowling, Freeway, Patterns, Doodle and a math game called Addition. On the other hand, RCA only releases nine other games for it, most of them are programmed by one man, Andrew Molda. 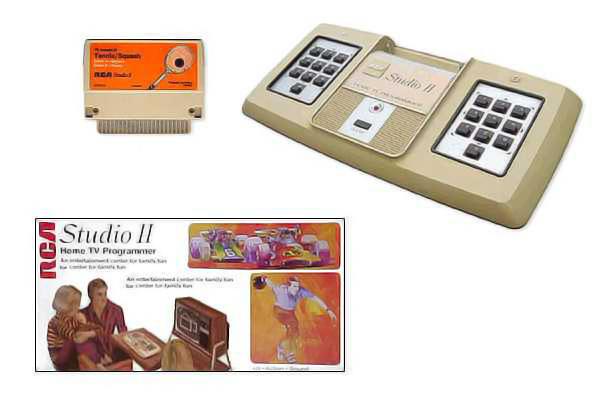 The circuitry contained within the Studio II is developed in Princeton, New Jersey at RCA labs. Running things inside the Studio II is RCA’s CDP1802 microprocessor, developed by the company’s Solid State Division. The chip is commonly referred to as COSMAC in reference to its architecture (Complementary Symmetry Monolithic Array Computer). As touted in the Studio II manual, “a 100% solid-state micro-miniature computer called COSMAC. It is smaller than a fingernail and contains over 6,000 transistors. Other solid-state devices provide of 20,000 bits of memory which are used to store programs.” The COSMAC is also able to perform computational routines in millionths of a second. This sturdy and reliable IC is particularly useful for equipment designed for space, due to its ability to operate in low power mode. For one example, it can be found within the Hubble Space Telescope. The Studio II also utilizes bitmap graphics to make its onscreen images, one of the first consoles to do so. The console and its cartridges are manufactured at the RCA plant in Swannanoa, North Carolina. 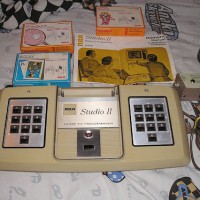 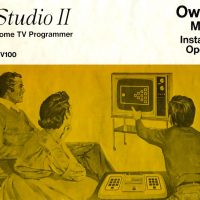 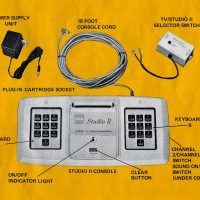 The Studio II manual breaks down the console and its equipment, 1976 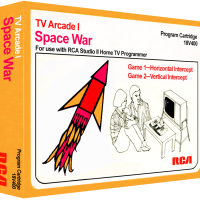 Space War, not really anything like the mainframe computer game, for the Studio II, 1977 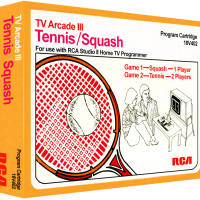 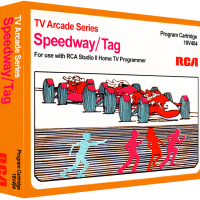 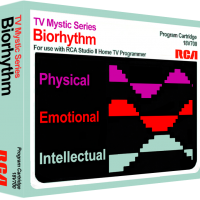 Find out when’s the best time to work out, face other people and take that test with TV Mystic Series: Biorhythm, 1977

The Studio II retails a bit cheaper than the Channel F at US$149.95, with its cartridges going for around US$19.95. The first carts available are educational games TV School House I and Fun-With-Numbers, as well as the venerable title Space War. To try and make sense of what RCA was thinking at the time by releasing a console without detachable controllers that can only output black and white graphics in 1976, perhaps they were figuring that such a unit would be good at least for selling some RCA televisions; a large segment of sets at the time in the U.S. are still B&W. The only other thing I can think of is that they were riding the novelty of a programmable system that accepted cartridges containing semiconductor memories, a new concept at the time, as opposed to only offering a set of games hardwired into the console. This latter strategy might be belied by the full name of the system: The Studio II Home TV Programmer.

Toshiba addresses two big shortcomings of the Studio II with their clone of the console, the Visicom. Released in 1978, their version is in colour, and comes with two joysticks along with buttons on the case. Whatever RCA’s thought process, the Studio II is unable to make even a blip on the videogame scene, and the system is discontinued by RCA in 1979. 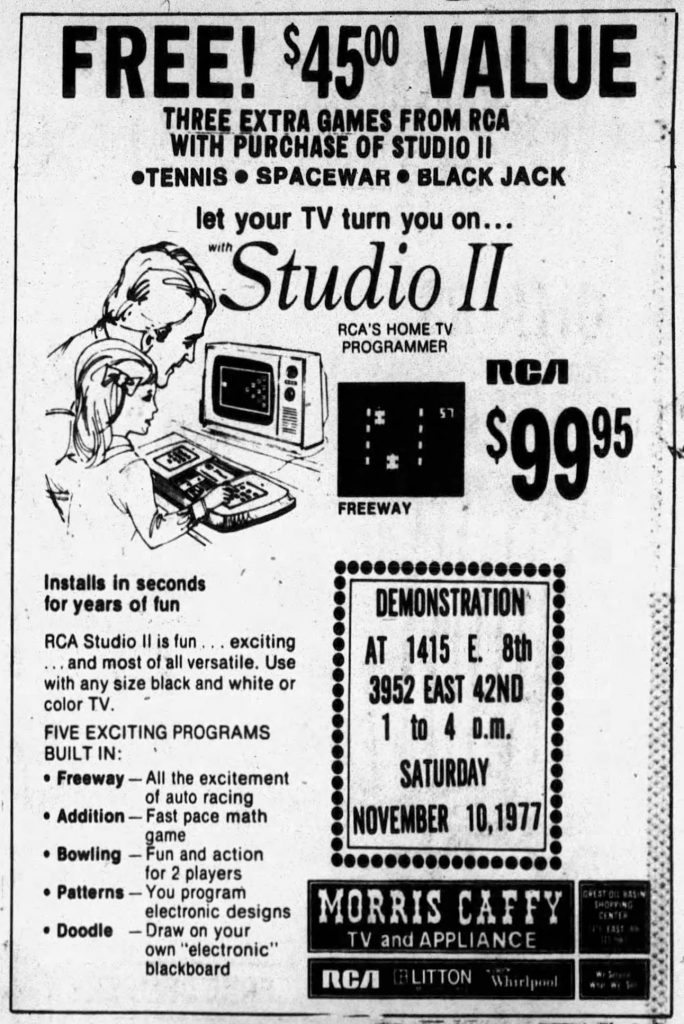 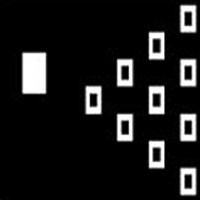 Can’t you just hear the crash of the pins? 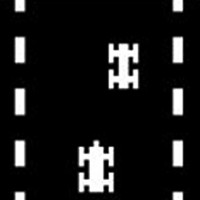 Blood flows black and white on the Freeway 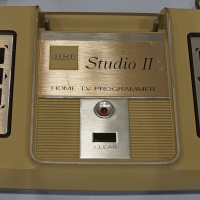 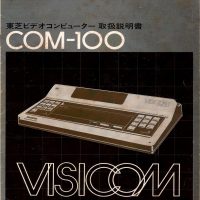