It was a great game. All my friends loved it. But all my friends were engineers. The beer drinkers in the bars were baffled by it.

The film teases its video game playing audience with an ad for a real The Last Starfighter arcade game by Atari, Inc., both in the end credits and in posters. This game, however, never materializes. At the time of the movie’s development, Ted Michon is consulting for Atari through the company Technical Magic and has developed a bitmap graphics system with a polygon fill engine. Atari enlists this system to create the Starfighter game based on a license from Universal. The graphics workstation is also an early adopter of the vaunted 68000 CPU from Motorola, also found in many advanced computers of the era, such as the Apple Macintosh and Commodore Amiga. The developing Atari game closely follows the movie’s plot and CGI sequences. Players would follow the same progression as Alex Rogan, where they would start off shooting target buoys, and scale up to taking on the enemy armada single-handedly. It would also feature a Death-Blossom mode, a nod to the film Gunstar‘s ability to eliminate all nearby enemies at once in an intense spinning burst of laser fire. Control of the Gunstar would be facilitated by the same flight-yoke joystick used in the Star Wars vector arcade game by Atari, itself appropriated from the military Battlezone project developed for the U.S. Army by the company. Built as a prototype arcade game system, The Last Starfighter game runs complete, although slow and buggy, on the bench. No cabinet is designed, and Atari brass eventually scrub the game with about 75% of its development complete. The failure of the movie to catch on with the public, as well as spiraling development costs that would have pegged the price tag for arcade operators at $10,000 dollars a unit, spook Atari management, along with the collapse of the home video game market. As well, Atari is leery of spending big license fees on yet another movie adaptation. The closest that the public gets to playing The Last Starfighter for themselves are the arcade game graphics that appear in the movie, based on initial designs of the Atari coin-op game.

JUMP: Video of gameplay from a home-brew version of the movie’s Starfighter game 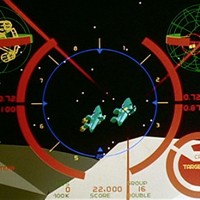 Starfighter graphics from the movie game 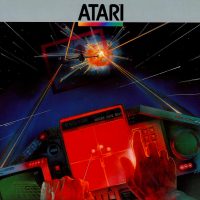 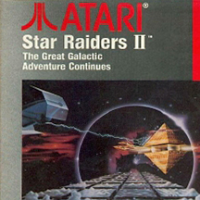 The Last Starfighter game that wasn’t 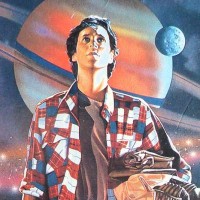 TLS game for the NES

On the Home Front

Home versions of games based on the movie seem a natural fit, and there are versions planned for the Atari 5200 Supersystem gaming console, as well as the Atari 800 home computer. None of these end up released as Starfighter games. The 5200/800 version is slightly retooled and released as Star Raiders II, a sequel to the euphonious Star Raiders game released for the Atari 8-bit computer series in 1979, as well as the 2600, in 1982. Tod Frye, infamously the programmer of the atrocious 2600 version of Pac-Man, begins work on an official The Last Starfighter game for the 2600, but is pulled away to other higher-profile projects. Another game under development, called Universe and programmed by Douglas Neubauer, who also did the original Atari 8-bit and 2600 versions of Star Raiders, is appropriated by Atari brass for the Starfighter movie license. The game has little in common with the movie plot and ends up scrapped when the movie fails to perform as expected at the box office. When a newly formed Atari Corp., under the auspices of Jack Tramiel, decide to resurrect old 2600 projects, the former The Last Starfighter game sees light on the 2600 as Solaris, in 1986, long after the heyday of the console, as yet another entry in the Star Raiders cannon. Confused yet? In 1990, six years after the film has come and gone, Mindscape sees fit to release a game titled The Last Starfighter, for Nintendo’s then-ubiquitous NES console. While one might be left guessing exactly what Mindscape thinks they’re hitching their wagon to, the game is actually a rebranded version of side-scrolling shooter Uridium, originally released for the Commodore 64 and other computers of the era by Mindscape in 1986. While the actual gameplay and most of the graphics bear no relation at all to the movie, the intro screen, some sprites, and music are re-tooled to fit with the movie license. 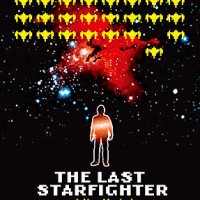 Poster for The Last Starfighter: A New Musical 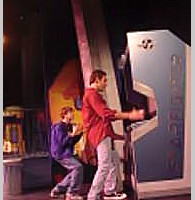 Alex plays in The Last Starfighter: A New Musical 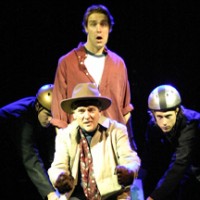 Alex and Centauri fly the Star Car, in The Last Starfighter: A New Musical

Having come from musical stock, with his father a renowned Hollywood choreographer, Nick Castle mused in the pages of Starlog magazine that The Last Starfighter could very well have worked as a musical. This, in fact, does become the case when the movie is re-tooled as an Off-Broadway musical in 2004, presented at the Storm Theatre in NYC. The music and lyrics are by Skip Kennon aka Walter Edgar Kennon, who had previously tackled the musicalization of a favourite SF work with Jack Finney’s Time and Again. The Last Starfighter seems like a natural fit for a musical to Fred Landau, who writes a book around the premise. A “book” in theatre terms being the stage script. Like Castle, Landau sees musical elements within the film; a young man longing to head out on his own but trapped by his duties, a sudden chance for greatness offered by a stranger, and the young man forced to step up and discover the greatness in himself. That, and the presence of Robert Preston in full Music Man mode makes a musical seem like a no-brainer. In order to scale an effects-ridden SF film down to the Earthly confines of the Storm Theatre, the musical morphs the story into a re-enactment of the events that occurred by the denizens of the Starlight Starbright Trailer park, to a bunch of gawkers (the audience) who have come to see where the press is reporting that a UFO landed. A picnic table stands in as Centauri’s Starcar, as well as the Gunstar spaceship. The performance at the Storm is followed by a scaled-down reading of the material at the New York Musical Theatre Festival in 2006, and another full production the next year at the same festival.

Rumours of a movie sequel, simply titled Starfighter, crop up in 2008, indicating that a sort of “son of Starfighter” plot is being developed by production house George Paige and Associates. This project is no longer with that company. It also does not appear on the roster of Universal, or the independent production house Relativity Media, which had been attached to the film under George Paige’s company. The original still lives on, however, with DVD and Blu-Ray 25th-anniversary editions released in 2009. The Last Starfighter might not have burned up the box office, but did help show the way for more extensive and higher detailed CGI work in movie-making. The other dazzling aspect of the film is Robert Preston, and it serves as a fitting bookend to his career, with him channeling the Harold Hill role that put him over the top so many years ago. It would be Preston’s last role on film, as he succumbs to lung cancer in 1987, at the age of 68. The Last Starfighter remains as a charming ride through the stars with Alex, Centauri, and Grig. 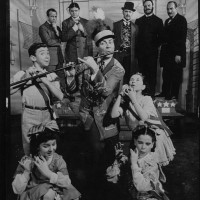 Robert Preston and cast in The Music Man, Warner Bros. 1962

Alex and Louis defend the galaxy 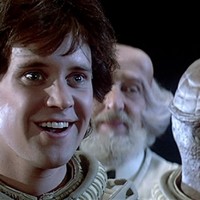 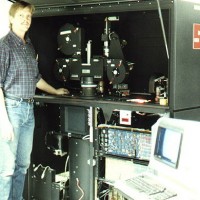 David Keller and the Digital Film Printer used in the film 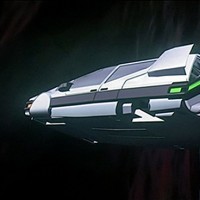 The Star Car on approach 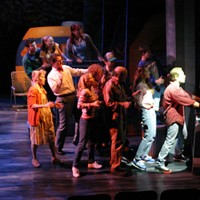 Alex draws a crowd in The Last Starfighter: A New Musical 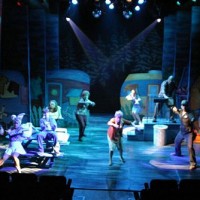 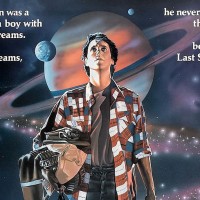 Poster for The Last Starfighter 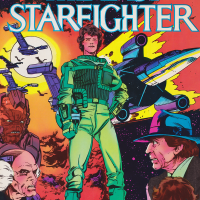 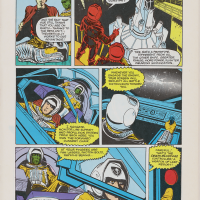 A page from the Marvel comic adaptation of TLS

Thanks to Skip Kennon for permission to include “Out Of This World” in this article.
Thanks to Fred Landau for additional images and information.

“Out of This World”, from The Last Starfighter: A New Musical Original Cast Recording