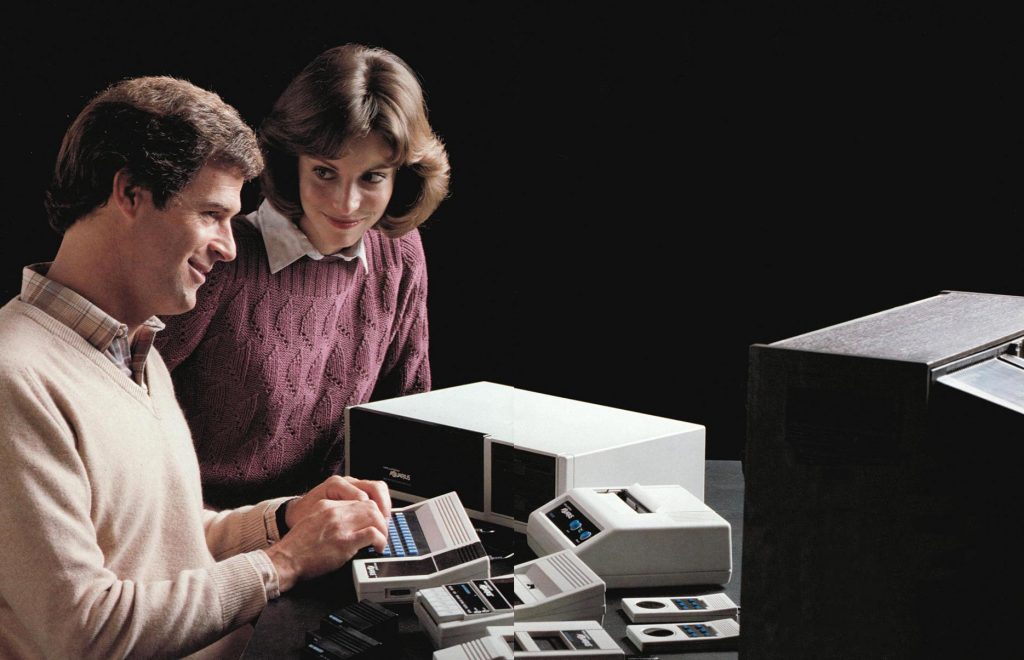 Some advice on romance for you from a retro video game historian: Find someone who looks at you the way this lady looks at the guy running the Aquarius Home Computer System, by Mattel Electronics.

On second thought, maybe don’t. She looks like she’s thinking about slitting his throat while he sleeps tonight, and whether she could completely bathe her naked body in the amount of blood that came out of him.

And another thing: this photo seems to prove just how unuseable the crap keyboard on the Aquarius was. Look at the man’s fingers, curled up like an old, arthritic witch in order to press on those tiny, rubbery chiclet-keys. The computer came with a built-in flavour of Microsoft BASIC, but can you imagine trying to program on that thing? 20 minutes and I’d be longing for release, as the pumping blood from my carotid artery splashed on my wife’s writhing body.

Also, the dude has a Mini Expander AND two memory packs, but hasn’t installed them into the computer? That means he’s stuck with the anemic 4K standard RAM in the Aquarius. Yes honey, you can bring the kitchen knife to bed tonight.

For more information on the Mattel Aquarius, as well as the company’s famous home console Intellivision, consult your local Dot Eaters entry, here.