I think the Atari 2600 has a long future. In electronics, that could be a year. 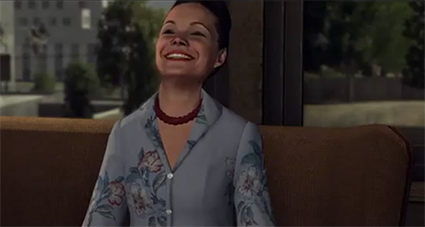 Movies based on video games don’t have a great track record: last year’s big-budget attempt, Assassin’s Creed, from Fox failed to hit its target at the box office domestically (but did admittedly flash its blades overseas). But movie studios should really start mining the talent of the indie scene for help in making faithful and exciting video game adaptations.

Case in point: Adam Arnali, who has made a terrific short film titled Dead World, a prequel to the Galaxian arcade game that shows mankind fighting back against the hoards of aliens invading the planet. It’s got action, it’s got drama, and it’s got ranks of alien bastards shuffling across the screen. What more could you want? Check out the film here on YouTube:

And to read The Dot Eaters bitstory of Galaxian and Galaga, click here:

digthatbox.com has a compilation page featuring a plethora of links to video game ads featuring celebrity spokespersons.  Everything from Carol Channel shilling Atari to William Shatner hawking the VIC-20 computer.  There’s quite a few “before they were famous” moments, with Christian Bale dancing to Pac-Man cereal, and Jack Black espousing the daring tales of Pitfall Harry.

You can check them out here: