It is pitch black. You are likely to be eaten by a Grue.

Zork I: The Great Underground Adventure
Skip to content

Today is Nolan Bushnell’s 70th birthday. Before co-founding Atari and the video game industry, a previous job he had held while a student attending the University of Utah was as a carnival barker. It was a job he ended up doing his whole life.  In today’s What Nolan Said, Bushnell states the ultimate goal he had on the midway of the Lagoon amusement park back then: 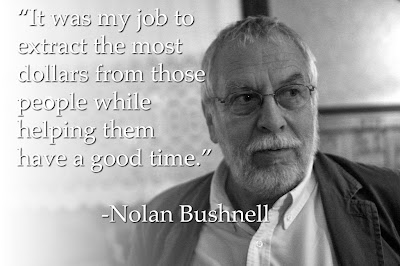