I’m going to change this company from a democracy into a dictatorship. 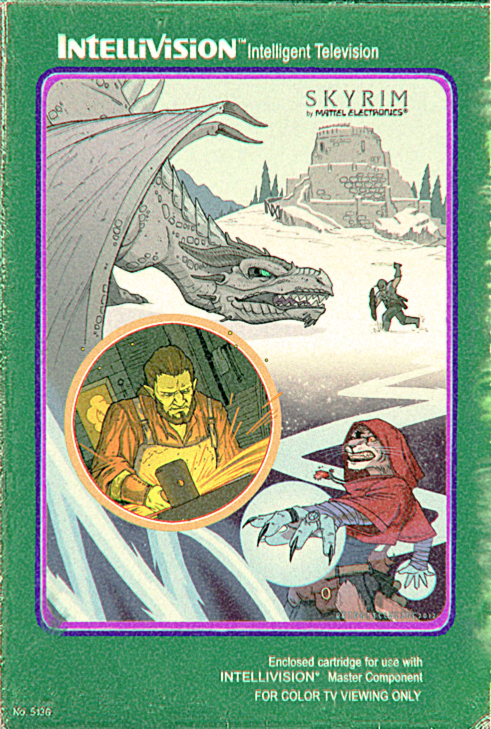 If it’s Monday, it must be another video game retomeme:

Yesterday we posted an image of the massive open-world RPG Skyrim as an Intellivision cart.  That was pretty silly, heck a standard Intellivision cartridge only holds 4K of memory.  No, such an old system could never have run a Skyrim game.  Now, the NES on the other hand, there was an advanced console… 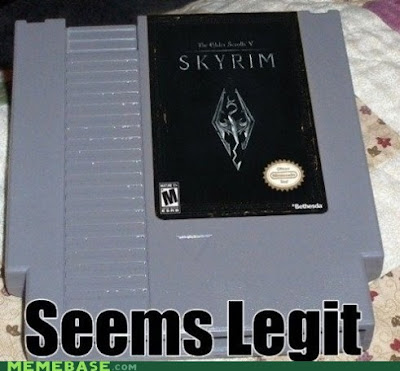 Skyrim, the 5th installment of the vaunted Elder Scrolls RPG series currently in development at Bethesda, is being reported as dumping the scaling difficulty that marred the previous entry in the series, Oblivion. In that game, as you levelled up, the world around you would level up as well. So you’d be travelling in the countryside and get accosted by highwaymen with high-level armour. Kinda puts a crimp in the joys of getting better gear if everyone else just gets it by default as you increase in levels.  In Skyrim, the game will scale downwards in difficulty if you suck at it, not increase everyone if you’re good. There will be definite signs given if the player finds an area that’s currently way above their pay grade, as well.

That’s one major annoyance from Oblivion cut down. Hopefully they will also have more than three actors doing the voices for every character.