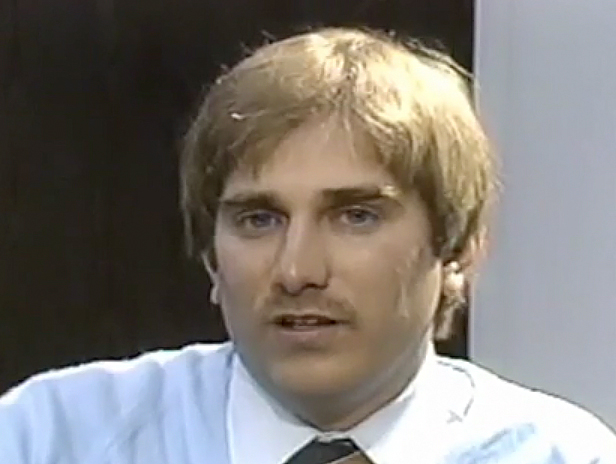 Recently we seem to be in the timeline of our current generation of video game consoles where companies, anxious to generate renewed interest in their hardware without actually producing something new that would cannibalize sales of their current offerings, simply produce refreshes of their current machines.  This involves reducing the size and amount of inner circuitry of their lines, in order to look more sleek and save on production costs and thusly lower retail prices. Atari and Mattel both attempted to stave off obsolescence by remodelling their flagship consoles in the early 80’s, producing the 2600 jr. and Intellivision II respectively. 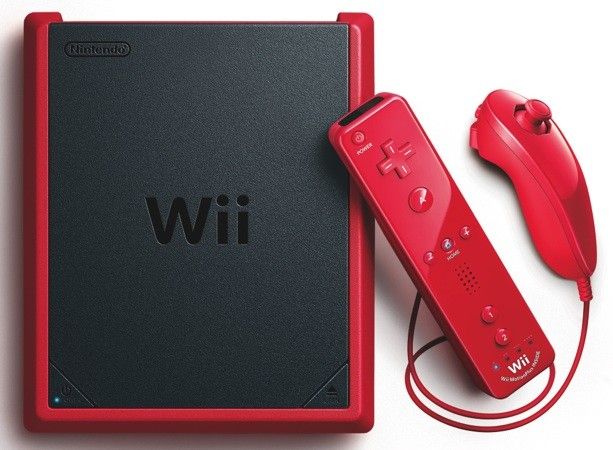 Both the Xbox 360 and PS3 have undergone shrinkage with “slim” versions, and now Nintendo, with the release of its next generation Wii U console safely behind them, has announced what it calls the Wii Mini.  Priced at $99.99, the smaller form-factor comes with a red Wii Remote Plus and Nunchuk controller, to match the console’s colour.  What it doesn’t include, however, is any online capability, nor Gamecube compatibility.  The console also seems to be a Canadian exclusive, at least over the 2012 Christmas season.  Nintendo is mum on any details about other countries getting a release, so currently only Canadians have tiny Wii’s.  Don’t worry though, we’re not embarrassed. Although I don’t think I’d be telling anyone I had a Wii Mini.  Especially in the clubs.  Be sure to ask your Future Shop salesman about his Wii Mini on Dec. 7.

Okay, I’ll stop now.  Although I still think they should have called it the “WeeWii”. Maybe in Scotland. 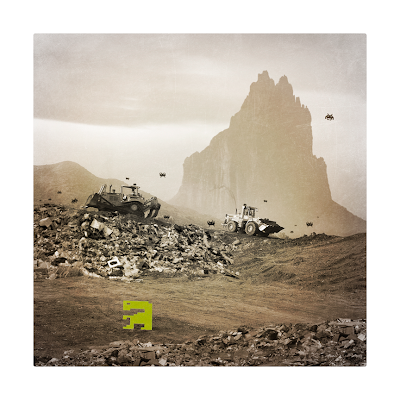 Do you know the powerhouse 3rd gen console discussed in this quote?

Ernie Coombs was a mainstay of children’s programming on the CBC, as the title character of Mr. Dressup, running on the network from 1967 to 1996.  Along with his puppet friends Casey and Finnegan,  he was a gentle and friendly accompaniment to my formative gaming years of PONG and Atari.  He passed away in 2001.

Old Spice, a company that is rapidly defining how to do incredibly effective viral marketing, has created a new, online retro-style game starring retired NBA basketball star Dikembe Mutombo.  Titled Dikembe Mutombo’s 4 1/2 Weeks to Save the World, the former baller is on a quest to carve new dates into the Mayan calendar, and thus save the world from extinction at the end of the year.

The game is very funny and highly surreal, as only a classic 8-bit game can be.  It’s also pretty fun to play.  The game is rolling out in instalments, with the first stage now live at oldspicesavestheworld.com.  Be sure to say Hi to Science, the Bear for us.

Peter Molyneux helped define the “God Game” genre with Populous, developed by his Bullfrog game development house and published by EA in 1989 for Amiga and Atari-ST computers.  In the game, players controlled the fates of a race of little people wandering around varying landscapes, smiting them with boiling volcanoes or spreading pestilence across the lands, or nurturing them with flat fertile soil on which to build homes and prosper and multiply. You were either up against a CPU-controlled rival race of beings, or, in an early instance of online play, against another human via dial-up connection.

While the game was a blast to play, after awhile things would inevitably devolve into a “land flattening” simulation, with players scrambling to smooth the landscape faster than his opponent in order to expand housing for his own minions, resulting in higher influence and more and stronger followers.

The repetitiveness of the game was not its only shortcoming.  It had a very unwieldy user interface that took up 1/2 of the screen,  squeezing the player’s actual view of the landscape for precious screen real-estate.  Populous made true believers out of computer gamers and created Molyneux’s name in the industry, but that gigantic block of icons has been a personal cross he’s borne for decades.  It eventually fuelled the “gesture-only” interface that powered the UI in his magnum opus god game Black&White, doing away with most on-screen icons but not entirely successfully.

Thus, it comes to pass that Molyneux and 22Cans, an indie development house he begat earlier this year, have launched a Kickstarter campaign to fund a new project called Godus, that promises to redefine the god game genre as much as Populous established it 23 years ago.  Of course, your excitement level about this venture depends on whether or not you still trust promises coming from Molyneux, who has developed somewhat of a sketchy reputation for promising big, paradigm-shifting game elements while hyping an effort during development, only to fan on the actual implementation of these elements and apologizing afterword when the game is released.  Rinse and repeat.

Although, you have to admit that really only those of us who slavishly follow every little detail of the development of his games throw stones over the results.  Those people who just walk into the game without knowledge of things promised are generally happy with it.  I hope you’ll join me in keeping the faith that Godus and Molyneux aren’t leading us down the garden (of Eden) path once again.

You can check out the Godus Kickstarter project here.

Here’s our Populous gameplay video, for those not as old as Methuselah.  For a  history of the genesis of EA, consult your local Dot Eaters entry.

Smack dab between the release of home PONG in 1975 and the VCS in 1977 came the Atari Video Music in 1976.  The brainchild of home PONG creator Bob Brown, you would plug your stereo via RCA jacks into this piece of ordinance, and output to your TV via a RF connector.  Thusly, the Atari Video Music would display trippy graphical patterns on your TV, in time to your music.  The box is hard-wired analog, with nary a processor in sight.  Think of it as an early version of today’s mp3 player visualizers. You can grok the effect in this YouTube video:

Read more about the device here at Technabob.  What would your choice of “mind-enhancer” be when watching this thing?