It’s not the gimmicks or the packaging or anything else that’s responsible for making a hit. Above all, it has got to be a good game.

Work continues on the next instalment of the Bitstory section here at TDE. There will be two entries, in fact, and they represent the first coverage of “modern” consoles on this website. Modern, compared to PONG and Atari, that is. For a taste of what’s in store, here is a video for your enjoyment.

Microsoft’s DRM scheme for their next-gen Xbox One was announced at the just-passed E3, and the hue and cry against it by gamers quickly followed.  Nobody wanted a console that needs to phone home over the Internet to Microsoft servers every 24 hours to keep access to all your games, online or off.  Nobody wanted onerous restrictions on the loaning, trading or selling of used games.  Nobody wanted anything to do with Microsoft’s new order.

Still, Don Mattrick, President of Interactive Entertainment Business at MS, stated in interviews that the new rules would hold no matter what, and anybody who didn’t like it could stick with the Xbox 360.  Tweet responses from the Xbox Support Twitter feed echoed this.  Even in the face of merciless ribbing by competitor Sony on how their next-gen PS4 wasn’t having any new DRM added on, Microsoft held firm with their new gaming paradigm.

Mattrick has posted on the Xbox blog that they are completely reversing course and dropping the new DRM from the Xbox One.  An Internet connection will be required only when first setting up the system, and not required for one second longer than that to play offline games. Also, there will be no limitations on the trading or purchasing of used games.

It’s a perfect example of the power of the Internet, the very channel that MS wanted to use to keep tabs on all their consoles.  Instead, via social media vectors, the DRM of the Xbox One was dissected, and all ramifications exposed.  Of course, Microsoft paints this as a “You spoke.  We listened.” situation.  Well, we definitely spoke.

Hopefully their memory is as good as their hearing.

Is Microsoft showing us the future of gaming?

In preparation for an upcoming Bitstory article, I’ve been gaming a lot on my Nintendo NES. And when I want to, I can just take a cartridge and slide it into the front of the machine and, you know, play a game.

Nintendo was the first game company to do DRM, but it wasn’t a hedge against consumer misuse of their products.  It was made to control the whims of the developers of games for their systems, a way of controlling the quality and pace of game releases so that the market didn’t become glutted with inferior products for Nintendo game machines and thus avoid the shakeout that felled the entire North American video game industry in 1983-1984. When you gained licensee status for the NES, Nintendo would manufacture your cartridges, and during the process the company would put a key chip into the circuitry, which would communicate with the 10NES chip inside the console and allow the game to be loaded.  In this way Nintendo controlled what made it into their games ecosystem.

DRM or Digital Rights Management these days are restrictions on what users can do with digital product, be it movies, games or anything else.  It’s nice to be able to insert a cartridge into the NES after 30 years and play it unfettered.  With Microsoft’s next-gen console Xbox One, this ability could literally become a thing of the past.

END_OF_DOCUMENT_TOKEN_TO_BE_REPLACED 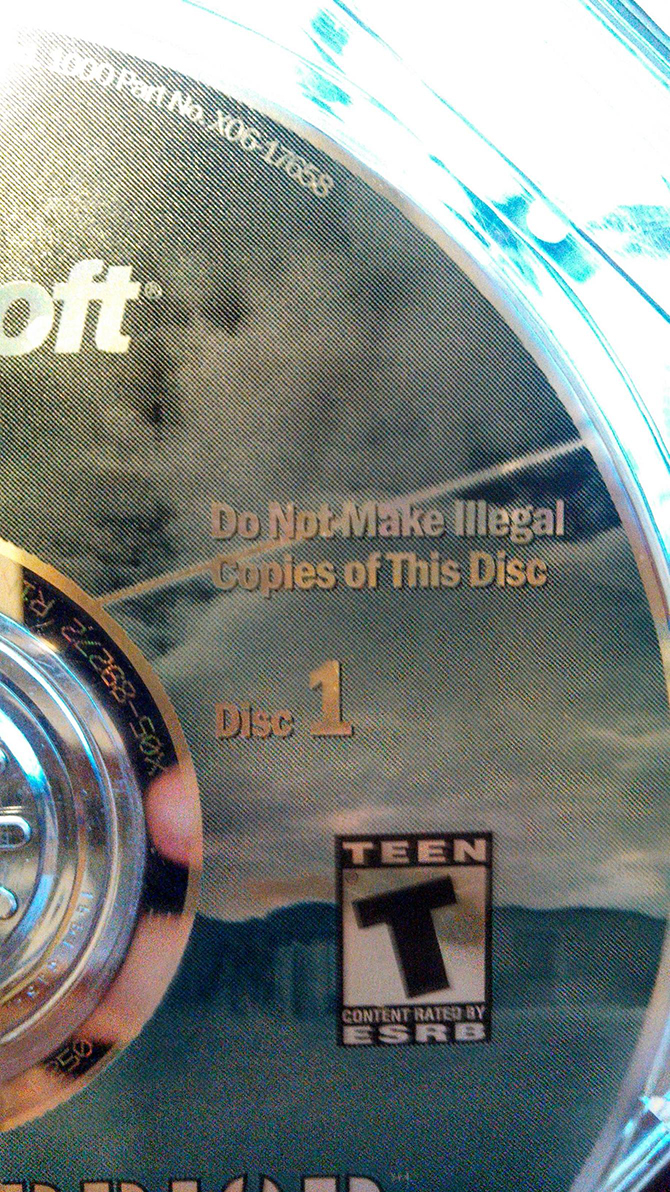 How Microsoft used to handle DRM.

The Electronic Entertainment Expo, or E3 as the hep cats like to call it, is underway in Lotusland. It is here where game makers flaunt their upcoming wares to industry insiders, and this year the show has a particularly keen edge due to the unveiling of the next generation consoles for Sony and Microsoft that will hit the market later this year. Yesterday, the stage at Sony’s E3 press conference was awash with a series of uncannily wise moves by the company.

It’s exciting for a video game historian to watch as a new generation of game consoles is unveiled, as so many have been before.  For sure, we all want to find out about the specs under the hoods, and about the new games that will use all that fancy tech to bring new experiences to our screens. New IPs are marvelled at, and continuations of old favourites are warmly welcomed.   Amid endless sturm and drang, systems and games are paraded across giant screens to the accompaniment of driving soundtracks amid flashy stage lighting, all designed to get a rise out of the crowd.  The biggest audience reaction, however, came during the Sony E3 conference.  For a lot of people, E3 2013 was Sony’s show to lose, after Microsoft had unveiled their new console, the Xbox One, earlier in the day.  The reason?  Not a lack of hardware specs on the new Xbox’s part.  Not a dearth of exciting games.

No, the talk of MS having already fumbled this next video game console cycle comes because of the draconian DRM system for the Xbox One.  While video games may not stir passions quite as much as Mel Gibson’s famous speech in Braveheart, the people in the audience watching Sony explain the lack of any extra DRM on their machine, and likely those around the world watching the live stream, were standing and cheering their freedom.  The freedom to trade in, buy and play used games without additional fees.  Freedom from being denied the ability to play your games, even in single player mode, if you lose your internet connection or otherwise can’t authenticate your honesty with a company’s servers.  The freedom to sell or lend your legally bought game to a friend.  They may take our free multiplayer, but they’ll never take our FREEDOOOOOOOOM!!! 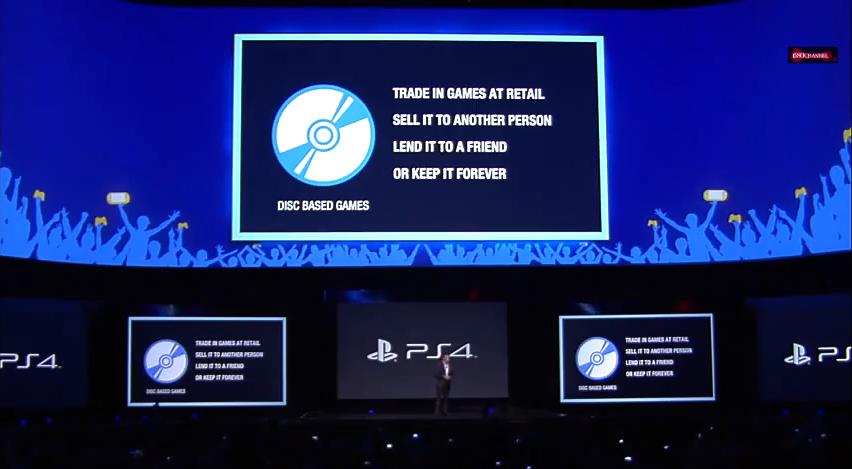 Even President and CEO of Sony Computer Entertainment of America Jack Trenton seemed suprised at the visceral reaction of the crowd. The other devastating broadside Sony launched at MS towards the end of the conference, that the PS4 will be $100 cheaper than the Xbox One, was the only other announcement that got a similar response. It goes to show that while gamers want the latest and greatest in games, they also want the ability to play those games. Without onerous restrictions.

In this day and age, with the twisted type of “free market” capitalism we’ve grown accustomed to, where there never seems to be anything approaching a level playing field, there always seems to be fair amount of industrial collusion going on.  This time, though, Sony is not playing ball.  They came on strong at E3 with a big FU to DRM, and I think Microsoft just got Xboned.

I was refining my article on the beginnings of Nintendo and the development of their smash hit Donkey Kong, and came across this, an image of Wild Gunman. Made in 1974 by famed Nintendo hardware guru Gunpei Yokoi, I actually remember playing this game in my distant youth. I can remember being enthralled, and slightly terrified of it.

It required that you strap a holster around your waist containing a toy pistol. As you watch the screen, various outlaws ( I assume) stroll into view. Suddenly, a bright flash lights up their eyes, and you must draw and shoot your pistol before they do. Beat them to the draw, and you see them drop dead. Miss, and it’s Boot Hill for you.

It was one of several games of the sort from Nintendo in the mid-70’s, and helped pave their way into the arcade realm and eventually to the birth of Mario. 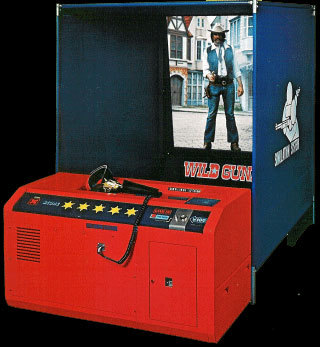 You can read the whole, early history of Nintendo and the development of Donkey Kong here at The Dot Eaters.

To celebrate our 15th year online, The Dot Eaters is currently holding a Facebook contest. All you have to do is visit the page here on Facebook and enter your details, and then name your favourite retro video game in the post on our Facebook timeline.  There are a number of prizes to win, but here is a taste of just one of them: 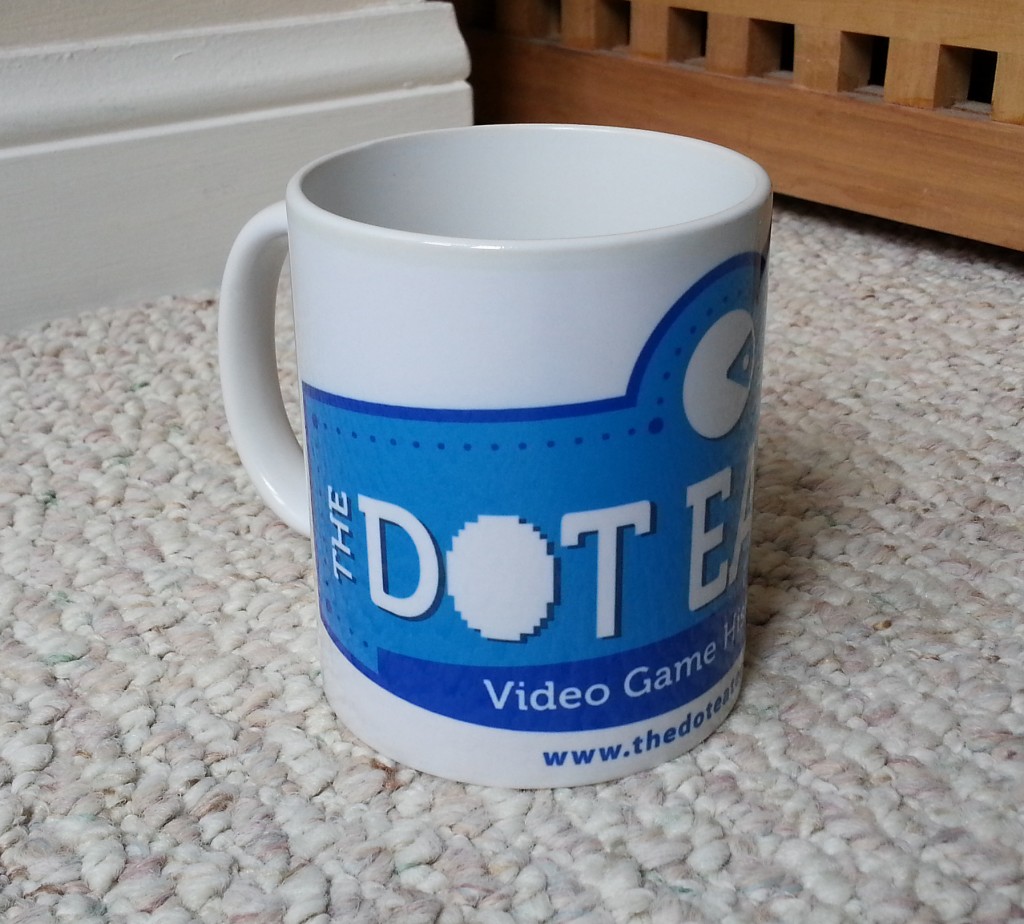 I look forward to reading your favourites. The contest ends this Saturday, June 8, so enter soon!

It was 30 years ago today, on June 3, 1983, that WarGames was launched into theatres.  While the computer equipment involved has invariably increased in complexity and power over the intervening years, the story of young computer genius David Lightman infiltrating the NORAD war plans computer and leading the world to the edge of mass destruction retains it powers, while reducing the feigned complexity of nuclear war down to the simplicity of a game of Tic-Tac-Toe.

Issued in an era where home computers were just starting to enter the public consciousness and online activities practically unheard of, WarGames had a lasting impact, both in its realistic portrayal of the world of computer hacking, as well as the idea of letting computers and their binary   attitudes take over decision-making in the military industrial complex.

It’s also a damn fun ride. You can jump to the story of the production of WarGames here on TDE, and read my review of the movie over at Ten Point Review.  It’s either that, or a nice game of chess.