John Romero’s about to make you his bitch.

Even 35 years later, Space Invaders epitomizes video games. Like the titular creatures who march inexorably down the screen at the player-controlled missile base, when the arcade game was released by Taito in 1978 it marched video games out of the dodgy doldrums of bars, bowling alleys and pool halls and into mainstream venues like restaurant lobbies and supermarket foyers. Thus, the game helped define the idea of video games in the minds of the public.

Taito engineer Tomohiro Nishikado drew his inspiration for the game from classic SF movies such as War of the Worlds, and upon release the game caused near the same kind of commotion as Orson Welle’s famous radio adaptation of that story. Space Invaders was so wildly popular in Japan that shop owners cleared their inventory and lined their walls with game cabinets to cash in on the craze. So many 100-yen coins were dropped into the machines that the Bank of Japan had to triple production to keep the money in circulation. 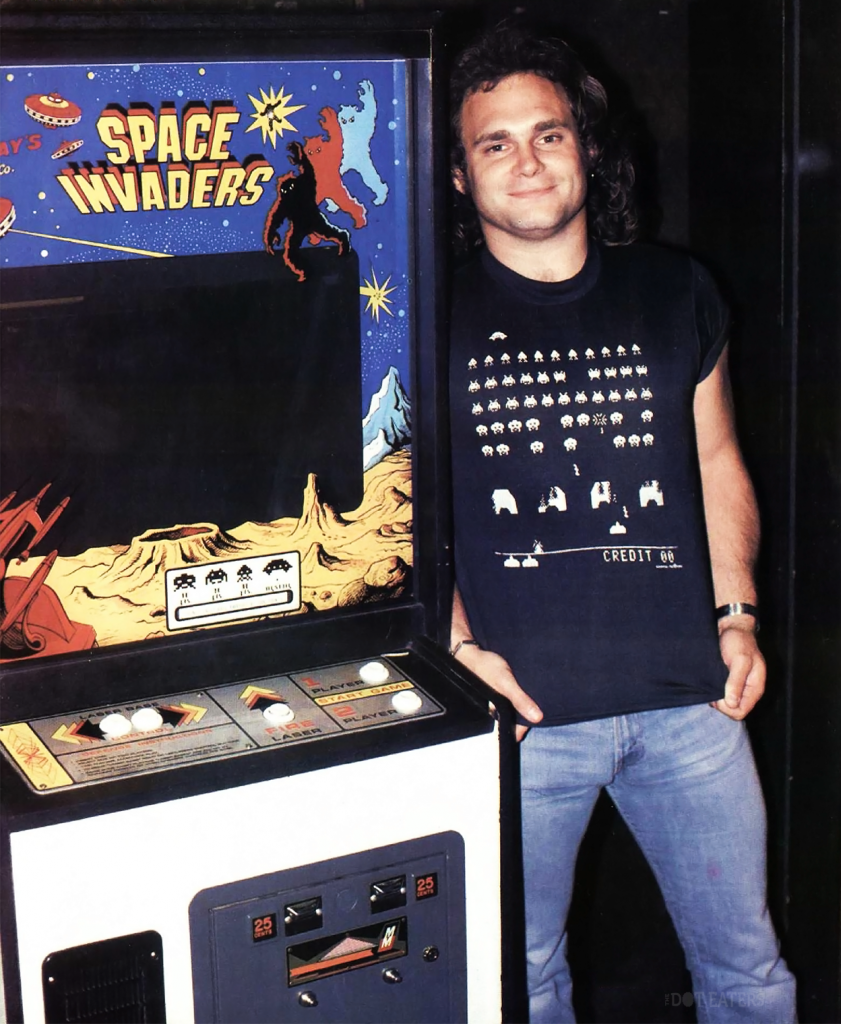 Space Invaders was met with great success in North America as well, under a license to Midway. Arcade operators were confident when they purchased a cabinet, knowing that they would recoup the cost in quarters within a month. When it became the first arcade game licensed for a home video game console, Space Invaders proceeded to save the struggling Atari VCS and put it on the road to complete domination of the home system market for several years.

Market penetration for the game was such that even the New England Journal of Medicine got into the act in 1981, dubbing a pained wrist caused by constant play of the game as Space Invader Wrist.  Never had coming down with a new ailment been so much fun.

For more information on the history of Space Invaders, consult your local Dot Eaters entry.

The combination of a game console and a computer was a holy grail pursued by the video game industry since its early stages, a quest that continued right into the modern age.  Of course, these days, all you need to add to a console is a keyboard and mouse; the Playstations and Xboxes of today are merely home computers that you can’t upgrade, with which you use your television as a monitor.  It was a pursuit that helped send the whole industry over a cliff in 1983 – 84. You’d think that they would have taken heed of the Odyssey², an early attempt at mashing up a computer and console released by Magnavox in 1978, and which struggled to maintain market share against heavy-hitters like the Atari VCS/2600 and Mattel’s Intellivision. 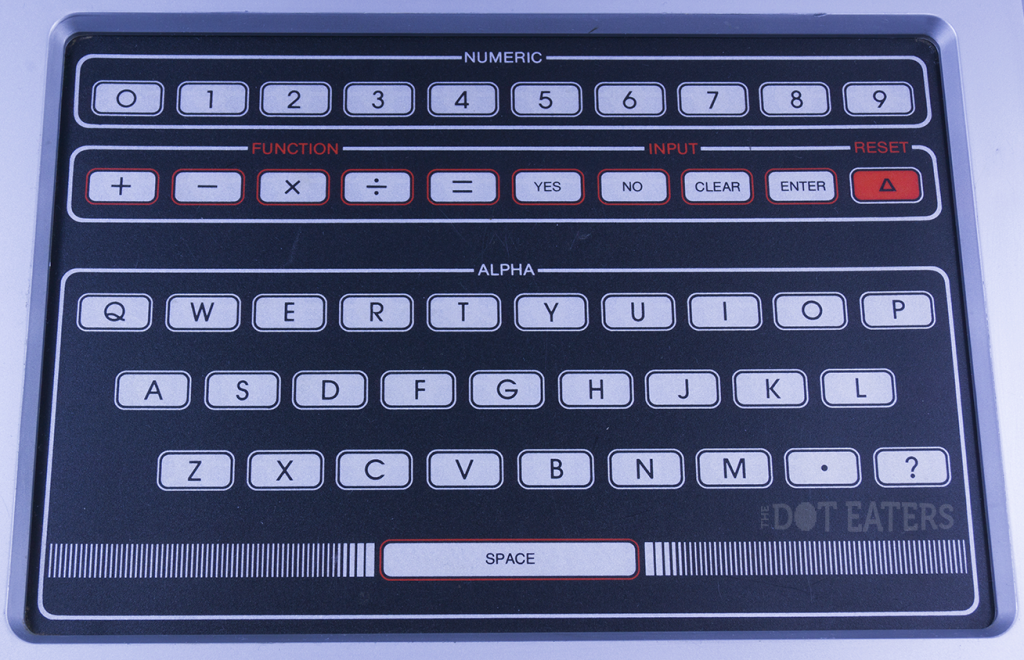 The O2 had a 49 key membrane keyboard baked right into the design.  Advertising for the console revolved around this fact, which unfortunately ended up as mere novelty.  Outside of players being able to enter their name in some games, and a nifty type and speak program paired with The Voice speech synthesizer, the keyboard was under-utilized by game makers and no storage options were offered to highlight the system as a computer.

With specifications lacking when put up against other consoles, and games that failed to leverage its keyboard, the Odyssey² ran a perennial third in the early video game race and quietly disappeared in the big videogame flameout.

For more information on the history of the Odyssey² consult your local Dot Eaters entry.

Into the smouldering crater of the Big Videogame Crash of 1983 – 1984 came the Nintendo Entertainment System (NES), a game console whose wild success upon release in 1985 single-handedly resurrected the industry in North America.

It was a daring move by Hiroshi Yamauchi and Nintendo, but not a completely blind gamble. The NES had already met with stunning success in the guise of the Family Computer (Famicom), a system released in Japan in 1983. The Famicom was so successful that by 1989, there was one console in every two households in Japan. For its U.S. release, the system was re-tooled as the NES, made to look more like a piece of A/V equipment than a video game in order to shake off the bad vibes that the collapse of the market had left with American toy buyers. To say the plan worked is an understatement.

Here we present a family portrait of the two systems, the NES and the Family Computer  They might not have been the lightning that started the industry, but they certainly delivered a desperately needed shock to the system that got the heart of video games beating again: 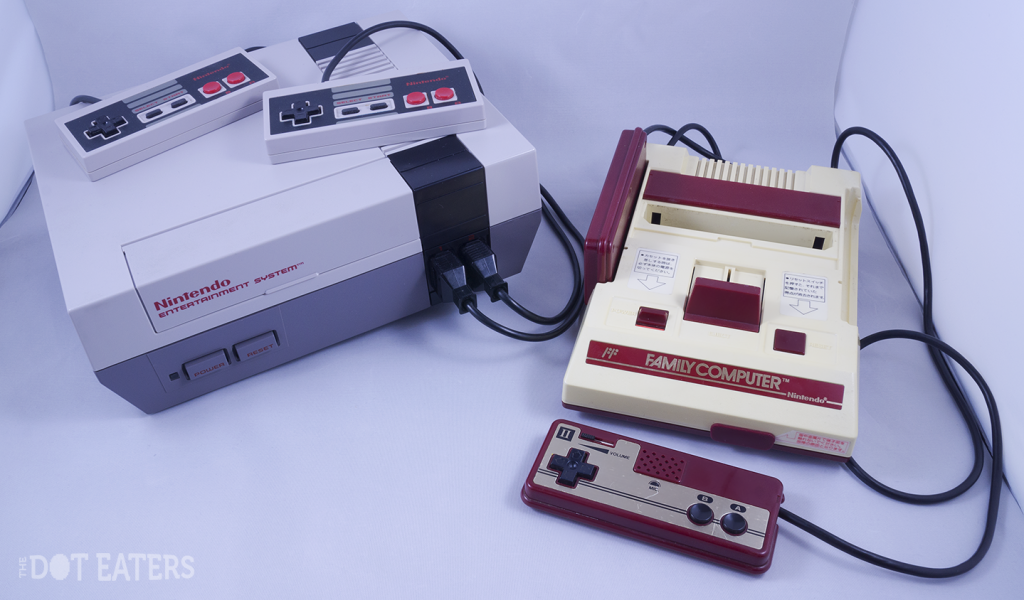 The NES and the Famicom

For more information on the history of the Famicom, consult your local Dot Eaters entry.

As a teenager in Texas in 1977, Richard Garriott confounded his high school teachers with adventure games produced on paper tape using a mainframe computer. He would chase his dreams of computerized D&D-type adventures all the way to the pinnacle of the computer games industry.

While working at a local computer store in 1979, Garriott produced his most elaborate game world yet, titled Akalabeth. Only a few copies ended up selling, painstakingly packaged by hand in Ziplock bags, but one copy winded up in the hands of California Pacific Computer Company. They purchased the rights to distribute Akalabeth, and eventually sold 30,000 copies.

The same company sold Garriott’s next game, Ultima, in 1981, which later received the subtitle The First Age of Darkness. A tile-based RPG programmed in BASIC, it sold more than his first attempt but Garriott eventually soured on his relationship with his publisher and signed a deal with Sierra for the sequel, Ultima II: Revenge of the Enchantress, released in 1982. For Ultima III: Exodus, Garriott teamed with his father Owen and brother Robert, along with Chuck Bueche, to found a new company to produce the popular Ultima games: Origin Systems. The company signed a distribution deal with EA in 1984, the result being the groundbreaking Avatar trilogy.

And so it goes, as the Ultima games became one of the biggest franchises in gaming history.  The Ultimas went 3D in Ultima Underworld: The Stygian Abyss in 1992, and blazed a trail in the MMO genre with Ultima Online in 1997

Garriott himself blazed a trail into space in 2008 as a customer of private space trip facilitator Space Adventures; he was also a principle investor in the organization. The Ultima creator was simply  following his father’s footsteps, as Owen Garriott himself was a NASA astronaut.

With his more Earthbound adventures, Richard Garriott has made an indelible impact on computer and video gaming.  For more information on Lord British and Ultima, consult your local Dot Eaters article.