Jim Walls joined the California Highway Patrol in 1971, working in the Southern California community of Van Nuys. In 1984 he was injured in a shootout during an enforcement stop, and while on administrative leave met Sierra boss Ken Williams via his wife Donna, a hair stylist who would occasionally cut Williams’ hair in a salon in Oakhurst. Williams was mulling over the idea of a Sierra adventure game about police work, and was looking for a consultant with real-world experience. 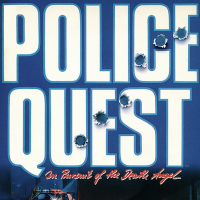 Police Quest: In Pursuit of the Death Angel, 1987 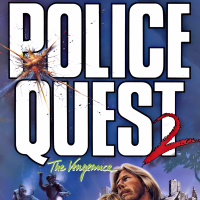 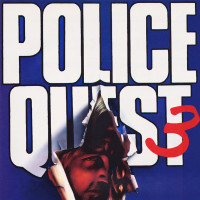 Working with Sierra, Walls would create the story for Police Quest: In Pursuit of the Death Angel, and go on to make two more games in the series, as well as the naval thriller Codename: Iceman, until leaving the company in 1991. His name would be replaced on the box by none less than former LAPD chief Daryl F. Gates in Police Quest: Open Season, released in 1993. That year Walls would consult for Tsunami Media, made up of mostly ex-Sierra people and founded by famed EA game producer Joe Ybarra (M.U.L.E., Bard’s Tale, et al.). There Walls would create Blue Force, another police procedural adventure game. He gets even more biographical with this one; the hero is Jake Ryan, motorcycle cop. 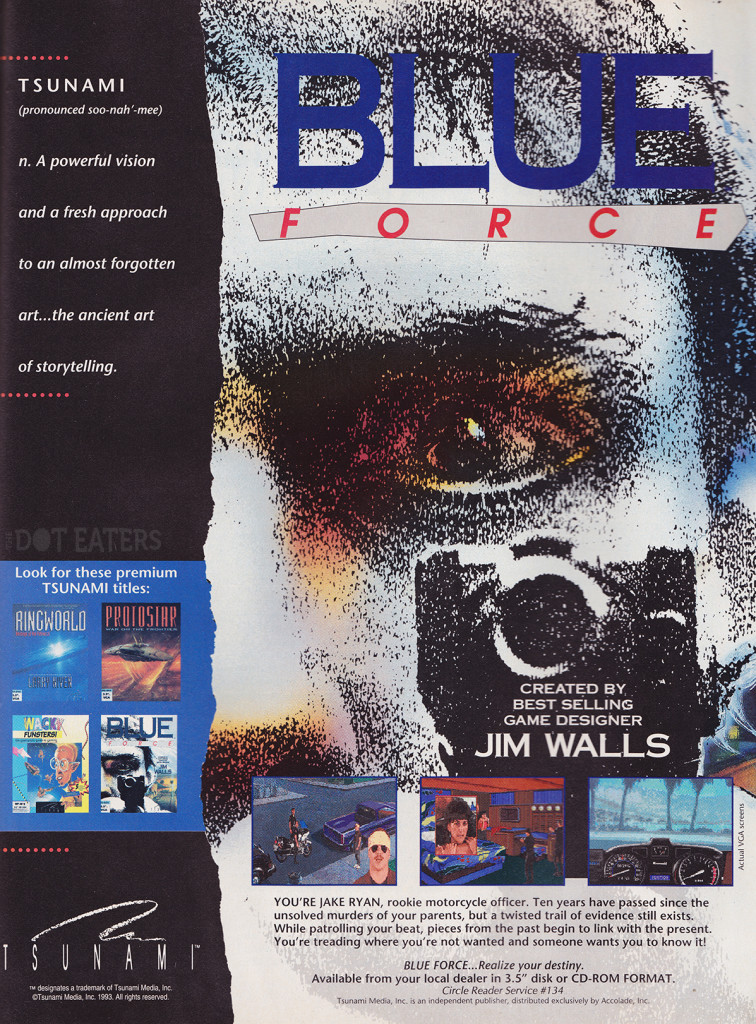 Subsequent to a couple of unsuccessful crowdfunding campaigns to launch a new IP in the vein of Police Quest titled Precinct, Walls settled into retirement. But his work on the Police Quest series, a beloved member of the Sierra adventure game most wanted, writes Jim Walls’ name into the blotter of video game history.

For more information of the history of Sierra, consult your local Dot Eaters entry. 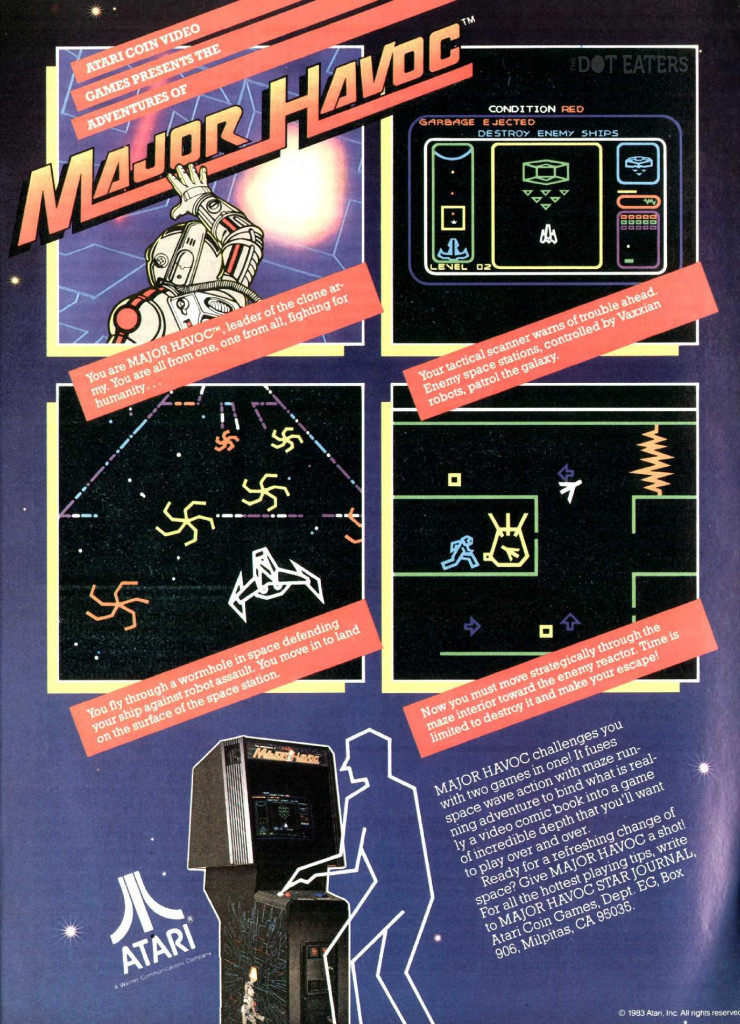 Having graduated with a Bachelor of Science from Berkeley in 1972, Alan Miller would eventually answer a Silicon Valley want ad and thus become an early game designer for Atari and their 2600 (then called the VCS) console in 1977, joining the company several months before the release of Atari’s seminal games machine. After some pedestrian releases like Surround and Hangman for the console, Miller made the ground-breaking Basketball in 1978, featuring a trapezoid court that startled a lot of people with its illusion of depth in the playfield. Miller pushed the then-known programming limits of the 2600, and subsequently went on to become one of the founding members of Activision, the first third-party publisher of 2600 games.

While at Activision, Miller would take the trapezoid court of Basketball, duplicate it and stack the two vertically for the cartridge featured in today’s game ad, 1981’s Tennis. He would also add a shadow to the ball, a seemingly small graphical tweak that did wonders for helping players orient their positions on the court.

When it came to making great sports games as real as they could be on Atari’s flagship video game console, Alan Miller had no reservations.

For more information on Alan Miller, Activision and the Atari 2600, consult your local Dot Eaters bitstory. 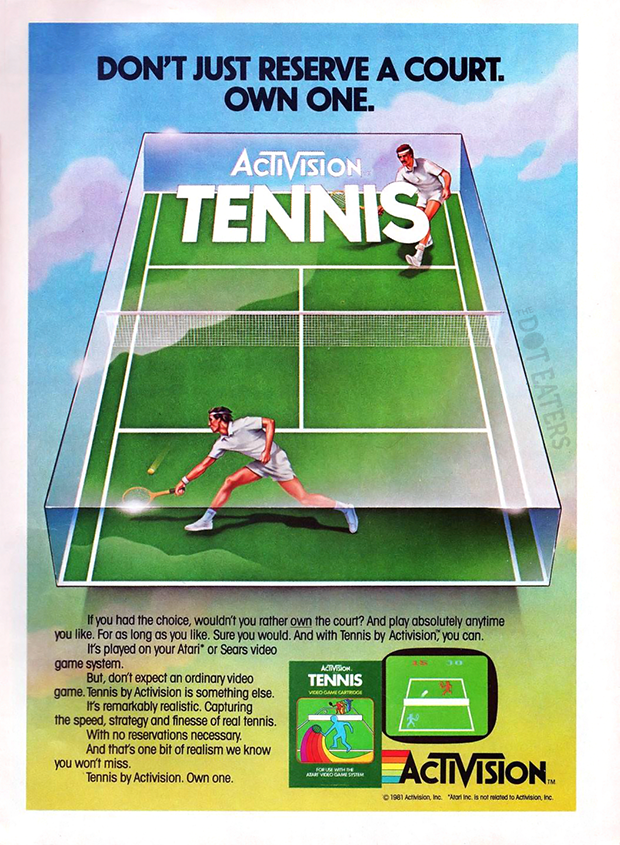 This was some solid-gold gaming on the Genesis. 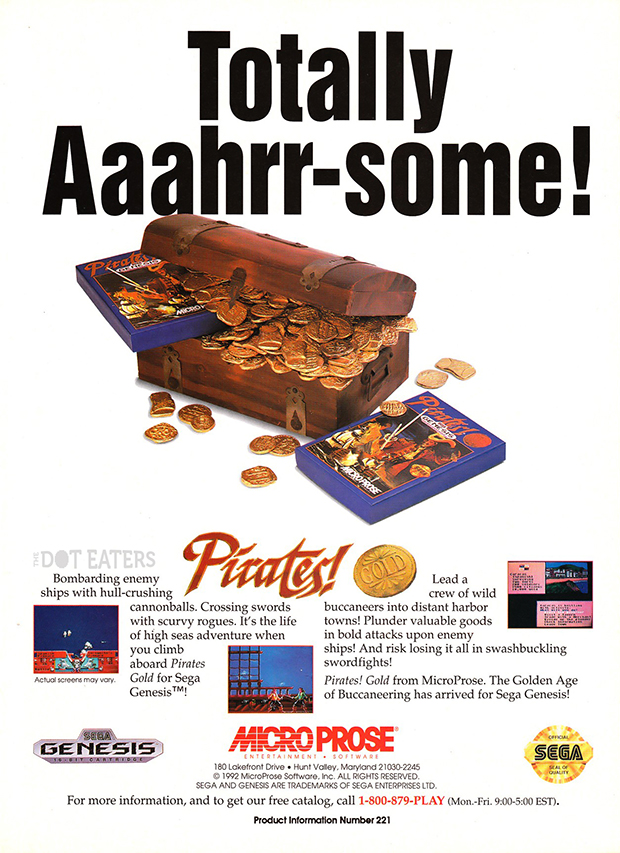 Hey, just what you see, pal! 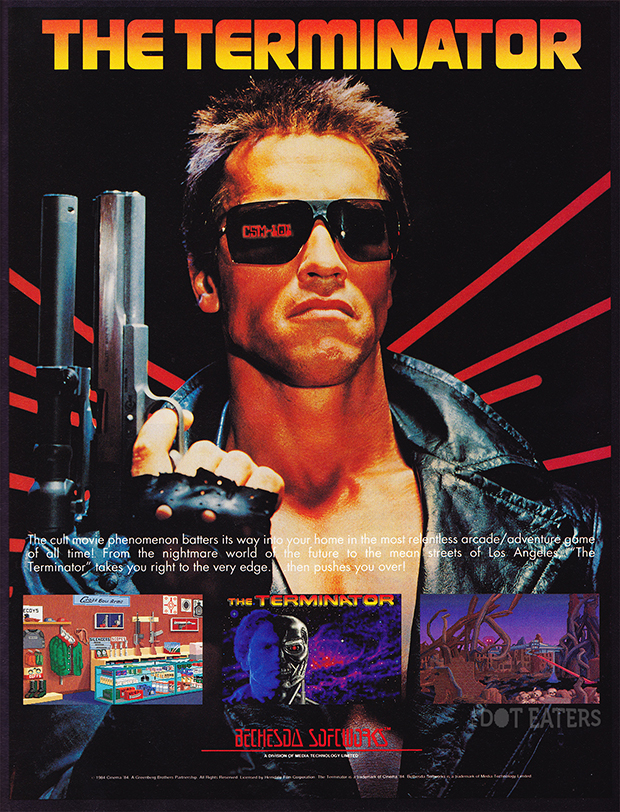